They say a picture speaks a thousand words. 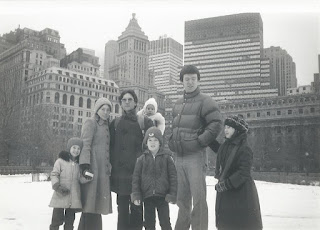 They say a picture speaks a thousand words. In this case it speaks more than a thousand. This picture is one of my favorite pictures from my childhood.  It speaks to me of love, family, safety and security.  Small town family visits the BIG city.  It looks like such a cold day, but it warms my heart when I look at it.  I am wearing my favorite coat.  It was a London Fog, I think we got it at Macy's, which was a big deal.  When we were kids we usually shopped at KMart, Nichols or BigN, discount department stores.  But I remember getting that blue London Fog with a red scarf.  I had matching mittens and a beret.  I don't know what it was about it but it made me feel so special when I would wear it.  I also remember feeling like my Uncle Robert was larger than life.  I was so little then and he was so tall.  I think he was 6'3" tall.

Uncle Robert lived in Greenwich Village in New York City.  I remember when he would come home to Amsterdam to visit, I would be impatiently waiting for him to arrive.  As soon as I would see his rental car pull into my Granny's driveway I would run out the door and up the street yelling his name with so much love and excitement to see him.  Some times he would bring his dogs, Amos and Andy.  He always said that Andy looked like the dog Sandy in "Annie."  Funny I was always a little afraid of Andy and thought Amos was the nicer dog.

I have so many fun memories of my Uncle Robert, like when he bought me my roller skates.  They had orange wheels.  The best part about roller skating was that Uncle Robert had roller skated too, which made him even taller.  His skates looked like sneakers with wheels.  I can remember roller skating in circles in front of my house with my brother, sister, a friend or 2 and Uncle Robert.  He was the coolest Uncle! 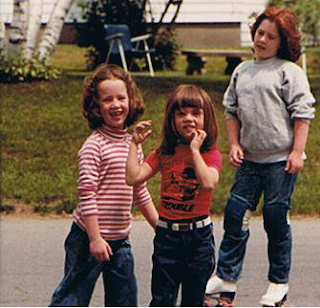 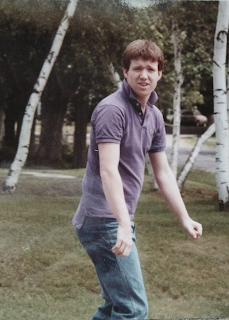 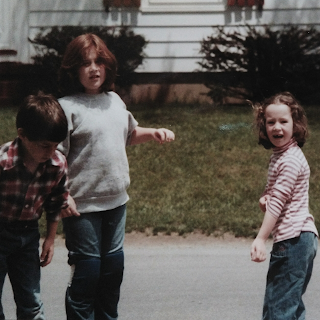 My Uncle Robert died when he was just 34.  He would have been 65 this year.  September 17, 2017 marks the 31st anniversary of his death.  He died 2 weeks after his 34th birthday.  He loved singing and dancing.  He loved his family with all of his heart, especially his mother, my Granny. I found these pictures of him and Granny and his picture for his auditions, turned it into a postcard. Back then video cameras were a new thing and he would always film us on his visits home.  He would interview Granny, us kids, sing and dance with us in the living room or outside.  I am so glad we have those tapes now. 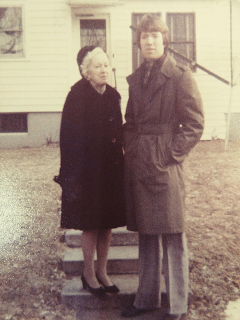 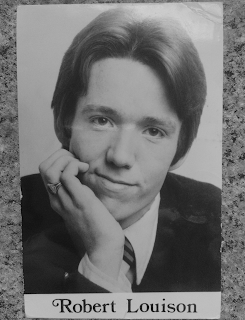 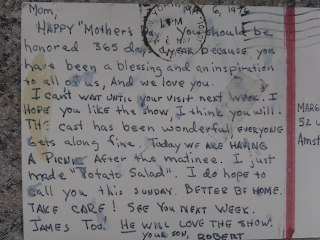 I was 15 when my Uncle Robert died.  It was one of the hardest things I have ever had to deal with.  The grief was unbearable at times, that some people couldn't understand.  To this day I get a lump in my throat, tears in my eyes and an ache in my heart when I think of him.  He died too young.

In high school he was in the drama club, and was in many of the school productions.  After he graduated from high school he joined a touring theater group and traveled the country.  He was Tom, in "No No Nanette," with Andrea Walters.  I can still here him singing the song "Tea for Two" in my granny's kitchen. I remember him taking me to see Andrea in a play at Pasadena Playhouse.   The month before he died he took my brother and I to California.  I still can't believe my parents let him take my brother and I across the country.  I remember being so nervous before we left and I was crying.  It was my first time on a plane.  I am so grateful to have the memories we made on that trip.

When he died he was working the the promo department at NBC in New York City. I had red hair like "Annie" so he taught me all the songs from "Annie."   In 1979, I went on my first trip to NYC by train with my Granny to stay with Uncle Robert.  I remember being scared in the big city but he took my hand and I all my nerves went away.  He was larger than life.  On that trip to NYC he took me to see "Annie" on Broadway, and to the circus at Madison Square Garden. 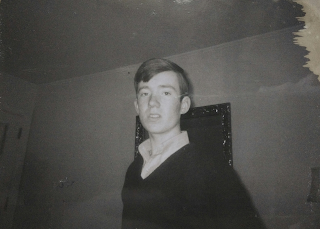 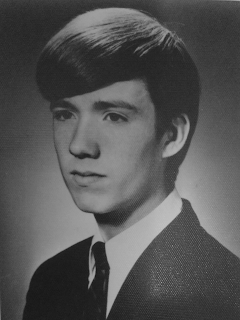 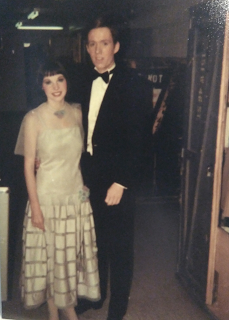 When you have a traumatic experience you either block out the memories or you remember every detail.  I remember the day he died.  It was a Wednesday.  His friend Jeff called our house because no one was answering my Granny's phone.  I just remember my mom screaming NO.  I'm not sure if she told me he died or if I over heard the conversation because she was so upset.  I was in shock. While my mom was on the phone we could see my Uncle James get home and I ran up the street to get him.  I never ran so fast.  I really couldn't believe it was true.  I don't think anyone could.  I remember being at the wake and thinking he was going to sit up.  How was it true?  He was always a funny guy, joking around, was this a joke?  I wanted it to be a joke.  I remember going to my Granny's house after the funeral and wanting to watch the videos he had made so I could see him.  When I put it in it was on him singing, "It's Alright to Cry," from Free To Be You and Me.  It was so weird and so right at the same time.

This has been something I have wanted to write for a long time.  I know that it's all over the place but so are my thoughts and feeling when I remember him.

I believe in heaven and I know I will see him again someday.  I still feel his love everyday.

Email ThisBlogThis!Share to TwitterShare to FacebookShare to Pinterest
Labels: ArtsyBE 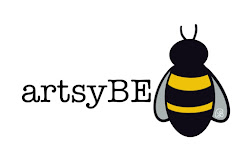